In the school where I learn, there is a ten year old boy called Aryan*. He had joined our family, recently. Since it is a residential school, he would cry almost every night. He would eat very little and feel sick after. He needed a hot water bag when he slept and cried when he woke up in the morning. I assumed it was homesickness and asked the older boys to share their experiences and make him feel more welcome.

Two nights after he arrived he came into my room (the children can come in any time they want) and asked for warm water. I asked him to have a seat as I got him a glass. He started talking about how he felt since he came and told me that he was upset because he had recently lost his grandmother. He sat with me for more than an hour talking about all the things he would do with his grandmother and how he felt when he was with her. He spoke of feeling lonely, the fear of forgetting his loved ones and drifting away from them.

From this young child I heard the story of an old soul- he spoke of the fear of loneliness, the fear of death and his longing for love.

Prior to my working in ‘alternative’ schools, I worked as a psychologist who had a fairly traditional approach- I met the children once or twice a week, for an hour. They would enter the space I had created for them and talk about things they felt I needed to hear. However, I found this approach to be disrespectful to them and myself. The children might have been free to be themselves with me but, at the end of the day they were bound by a system that laid out a specific plan and if they did not fit in, they would have to visit me to ‘set things straight’.

Therefore, I decided to move out of my pigeon holed space and move into space where the children were free to be themselves. I wanted to explore a space where I was not the person who was called in to ‘fix things’. Rather, I wanted to be a human being interacting with another human being- meeting them in the moment, where I could explore their fears as I did mine. Instead of having a fragmented approach to the person in front of me, I wanted to see them as entire individuals, expressing themselves through the day in varied forms.

The answer lay in being part of a community where we approached the person not as a teacher or a psychologist or a parent but as another learner who is part of their experience in this world. We do not have ‘slow learners’ or ‘behavioral issues’ Rather, opportunities for dialogue and deeper reflection.

When Aryan would be upset, he would ask if he could be with the dog in school. He said she calmed him. Sometimes, he would come and sit in my room and talk about goblins, wizards, and forgiveness. Every morning, the helper in the dorm or I would hold him and hum until he felt he could step out of bed. The children asked him when he could join them for ‘dorm cricket’ and respected his space when he stayed on the side, watching them. His mother had told me that he was not very fond of getting dirty but, he got interested in farming and mastered the crowbar and pitchfork. He found pinecones and stones to take back home and paint. In our dorm now, Aryan brings a beautiful calm energy to the space. When his parents came this weekend, he ran up to them happily. However, before leaving, he quickly hugged his dorm parents and friends and said he would see them soon. He is happy to go back on the weekends to his parent’s place but, he also feels that, ‘having two families is pretty cool’.

*name changed to respect the privacy of the person 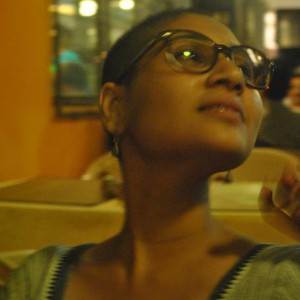 I wander around being in love with whatever I do. It includes farming, cooking, crocheting, writing and making up stories to tell the children. And I make a mean choco avocado mousse.

Professionals Speak
byAuthor Nivendra UdumanPosted on January 31, 2016January 31, 2016
I am a male psychologist, working as a counsellor at the Welikade male prison in Sri Lanka. I go there twice a month, and...

Professionals Speak
byAuthor Aakriti JoannaPosted on October 23, 2015October 23, 2015
To be a good therapist, it is important to undergo the process of therapy yourself. The first time I went for counselling was during...