“Those living in the rural, village areas of India are less likely to benefit from therapy. People in city areas are more educated, more able to work on their mental health issues.”

I was shocked and quite offended by this response from a professional in Panjab. Although I was born and bred in the UK, my roots lie in a small village in Panjab. I have always been proud of being a villager or “Pendu” as they say in Panjabi, all thanks to my parents.

During my last visit to my home, I discovered many sad truths.

From what I could see, hear and feel, people were experiencing what we call “common mental health issues” here in the UK, such as depression and anxiety. I even observed substance misuse and suicide rates on the rise, issues deeply rooted in mental health. But here in Panjab, people were a) not aware of it, b) did not want to accept it because of the stigma or c) did not know what to do or where to go.

In a recent review on clinical psychology, Virudhagirinathan and Karunanidhi (2014) found that 72% of the population in India live in rural areas and there is a dire shortage of professional psychologists in India compared to the number of people estimated to be experiencing mental health issues. Mental health practitioners are working largely in the urban areas of India. The World Health Organization (2005) reports that for every 100,000 people in India there are 0.03 psychologists, 0.2 psychiatrists and 0.05 psychiatric nurses. Clearly, something needs to be done.

Given this imbalance between need and resources, how can those living in rural areas be supported? For me, the answer lies in Group Therapy – a noted form of therapy for low resource and high need situations. However, I have believed in using groups for prevention, hence began my association with Psycho-Educational Groups.

A psycho-educational group is different from a therapeutic group as it involves less emphasis on self-disclosure from clients.

Clients can discuss their personal issues with therapists but at a separate time. The focus is on educating people. As an assistant psychologist working for Birmingham Healthy Minds in England, I was lucky to be involved in further developing and co-facilitating psycho-educational groups based on the principles of Cognitive Behavioral Therapy. One of my most rewarding experiences was with a group created specifically for South Asian women.

Motivation behind the group:

My previous work colleagues and dear friends Tripta Sidhu and Kulsuma Begum identified a to adapt therapy in England to cater to South Asian women with limited or no knowledge of the English language and with limited educational experience.

More importantly, they wanted to challenge the notion that language barriers prevent clients to benefit from psychological therapy.

The women were South Asian, many being emigrants from India and Pakistan, with limited or no knowledge of the English language, so the material was developed and shared in their native languages (like Hindi, Panjabi and Urdu). A majority of the women was referred to the service by their doctors and had very limited, if any, understanding of mental health. A small minority had enrolled themselves, in response to our promotional work. The groups ranged from 10-24 clients experiencing common mental health issues like depression and anxiety. This was established based on their intake assessment which importantly included the use of self report psychometric measures.

The groups were run in community venues. This was a conscious decision as we wanted to reduce the medicalisation and stigma around mental health issues. Each group consisted of 8 weekly sessions. A lot of time was spent on understanding mental health to reduce the stigma attached and normalizing experiences. The group covered a variety of topics like the reciprocal relationship between the mind and the body, anxiety, depression, physical health and pain, mindfulness and techniques to manage mental health issues.

We used more pictures, group discussions and experiential exercises to disseminate the information in a meaningful manner. We also included small group exercises with case scenarios to give the group a chance to socialize and practice some of the techniques before they applied it to themselves.

One of the most loved tasks was the gardening task. At the start of the group we gave each client some seeds, a pot and soil to grow their own plants but did not disclose the purpose of the task. It was their responsibility to nurture and take care of their plants and update us of their plants at the end of the group. Many identified the purpose of the task well before the end of the group. The purpose of it was to demonstrate the importance of taking care of yourself as what you put in will determine what you get out. We found women to relate this to their mental and physical wellbeing.

As facilitators, we loved every single minute of the group. We held a small party at the end to celebrate and reflect on their progress. The improvements seen in clients were amazing and extremely rewarding.

A client who was previously afraid of going out alone was able to travel to the group location on her own by the end of the group.

Many had also formed friendships. Below are just a few translated examples of what clients had said about the group:

“Before I arrived to the sessions, I felt it was just me with these anxiety problems, and I was surprised to find so many people with similar issues. This made me realize I was not alone and how common these issues are.”

“This group didn’t solve my problems but I have learnt tools and how to deal with situations.”

“It helped me change my thinking and learn about anxiety and depression.”

Moving beyond the client:

As mental health professionals, we tend to forget that there is only so much a psychological intervention can do with the client alone. An individual is not alone – we are part of a family, social network and society as a whole. As a result, we also held an additional information session for the family, friends and carers of the women who attended the group. The purpose of it was to improve peoples’ understanding of mental health, how to differentiate between healthy and unhealthy symptoms and support themselves and others who might be experiencing mental health issues. Based on feedback, this reduced the stigma around mental health and challenged many stereotypes.

No one is immune to mental health issues. Anyone can benefit from mental health support regardless of their ability to read or write, level of education or background. Those living in rural areas should not be ignored. Psycho-educational groups and group therapy might just be the answer given the limited resources and increased need for mental health support in India.

Psycho-educational groups in community venues can play an important role in both preventing and treating common mental health issues especially where awareness is low, stigma is high and there might be a reluctance to engage in traditional therapy. 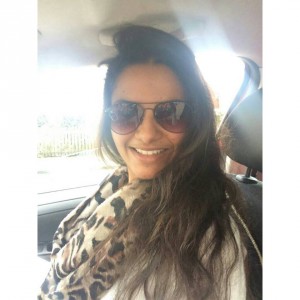 Sonia is a trainee clinical psychologist in England with a passion for mental health and helping people who are experiencing mental health issues. Outside of mental health, Sonia likes spending time with family and friends, watching Bollywood movies and Indian serials, writing shayari, dancing and visiting Panjab, a place close to her heart. You can email her at sonia_1990@hotmail.co.uk

Professionals Speak
byAuthor Dr Sucheta Tiwari, Editorial StaffPosted on November 13, 2018November 13, 2018
In the previous articles, we talked about identifying the need for help, and the difference between a psychiatrist, neurologist and clinical psychologist. In this...

Professionals Speak
byAuthor Nivida Chandra, Shama ShahPosted on August 28, 2015August 28, 2015
In the three years of my practice as a clinical psychologist, I have come across several clients who walk in confident of having made...