Until a year ago, I worked as part of a psycho-social rehabilitation program in New Delhi. To my surprise, every time I mentioned what I do, people assumed a rehabilitative service must only cater to people with substance abuse problems – drug use, alcohol and the like. Contrary to this belief, much of our work here was the treatment of long-term, severe, debilitating mental health difficulties such as schizophrenia, bipolar disorder and severe anxiety and mood problems.

Long-term and severe mental health conditions can cause an individual to be out of touch with reality (through hallucinations, delusions – things that others don’t see or hear), difficulty in speech (making up words, disjointed sentences), negative symptoms (apathy, emotional flatness), irritability, and restlessness to name a few.

To try and benefit such people, our program was two-fold.

We relied heavily on the success of group psychotherapy, along with various group activities. Group psychotherapy involves psycho-education, cognitive skill-building, problem-solving and improving social interaction skills. Those dealing with a long-term mental health difficulty such as schizophrenia, benefit greatly from being involved in activities of psycho-social functioning. In addition to this, creative activities such as painting, singing, clay modeling formed an integral part of our daily routine. Many activities served multiple purposes. For example, gardening – for the joy of it of course, but also to care for another living being, take responsibility and to keep one’s hands active despite hand tremors – a potential side-effect of anti-psychotic medication.

Besides extensive work in a group, the individual also worked on his/her own difficulties with the help of a psychologist and a psychiatrist. In India, the family cannot be ignored, especially when the client is dealing with a concern that inhibits the capacity for self-care. Usually, the service-user was living with his/her family, so it was important to work with their understanding of the illness, interaction patterns within the family, and discussion around family roles to bring about long-lasting and meaningful change. It can be difficult to care for a person with extremely debilitating psychological conditions, and in such instances, a support group of caregivers serves as an effective motivator. Additionally, it was a cocoon for family members to break free of the stigma they faced in their community. Caregivers were encouraged to talk about their own concerns, and learn small but meaningful ways to help themselves cope, as well as rehabilitate those they love.

Change over time is slow and often for every step forward, there are three backwards. However, as a psychologist, my engagement with rehabilitative services in India and the UK has been challenging but very satisfying.

These big changes bring immense satisfaction, but it is often the small, subtle ones that really make you feel like you’ve made a difference. For example, I’m thinking of a client whose quality of life has significantly improved now that he can commute on his own and go swimming.

I hope this brief write-up conveys that though mental illnesses seem extremely debilitating, and help may be difficult to find, it is available and can certainly have a meaningful impact on everyday life. As for being a professional, working in rehabilitative set-ups can be tiring and challenging, but is incredibly rewarding. 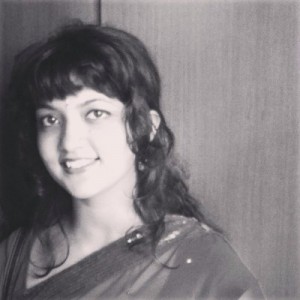 Aneeha Singh is a mental health researcher who has worked with governmental and non-governmental psycho-social health programmes. Here she writes about her experiences of working as a rehabilitation psychologist.

Professionals Speak
byAuthor Dr Sucheta Tiwari, Editorial StaffPosted on November 13, 2018November 13, 2018
Once we realize we need to seek help, we will likely encounter three primary types mental health professionals – a neurologist, a psychiatrist or a...

Professionals Speak
byAuthor Tanya SaranPosted on August 12, 2015August 12, 2015
“When (one) encounters their own stuckness, anger or grief, so often they will ask, “What can I do!?” But really it’s only the ego...

Professionals Speak
byAuthor Shubhanjali MukherjeePosted on September 3, 2015October 3, 2015
I have been a student of psychology for as long as I can remember. Given that I had  freshly finished the Teach For India...