I’ve noticed these days that there is such a premium on narrow definitions of performance and success that freedom has come to be defined as freedom from being human – from being free of the inevitable struggles of life such as experiencing loss and vulnerability. We demand of ourselves to be free of the complexity of being which in fact in-forms our little joys and moments of aliveness.

The singular point of much suffering, as I have observed in working with patients, in talking to people and from my own experiences, is to be stuck to a split, to be unable to move from a boundary. There is a powerful fantasy is that if a choice is made, the suffering can be gotten rid of – that the difficult past can be jettisoned as a bad dream. However, many people will report that after having made a much difficult decision, or after having achieved the much sought after aim, they experience a quiet sadness, rather than or alongside a jubilation that they had imagined.

The problem is that the feeling of loss, rejection and helplessness colours how we think of ourselves. Often times people find it difficult to separate their feeling and their own self from one another.

When we experience rejection, we slip into believing that one’s self is a ‘reject’ and begin to want to undo it desperately by trying to seek approval compulsively.

This is the beginning of a much tenacious death of part of oneself, which continues to haunt people – the unlived in them.

A person who hates oneself for being fat, having experienced rejection by others, is never able to feel comfortable in one’s ‘skin’ even when they lose all that fat. The sense of being faulty, of being a defect, gets so intricately woven in their sense of themselves that their life stories come to be bound and chained to undo this effect. In seeking approval compulsively we color the way we see the world into the same polarities by which we felt judged!

What we have done is essentially taken this rejected part of ourselves, and project it into those around us. Anyone who is ‘better’ is a competition and makes us insecure, anyone who is ‘worse’ is a source of pleasure as well as a ‘reject’ himself whom we must never be like. But secretly what we are doing is constantly looking at ourselves with the eyes of the judgement! Slowly in fact we see everyone from this judgement. The further we get from the ‘reject’; the further we are from ourselves!

These parts which we want to scrape away from ourselves seem to be stuck onto us forever; they come to feel like strangers in their own home. We get arrested in our potential creative ability to develop these parts and they become forever defined as points of references from which you need to move away. You get split. My work with a patient who hated her body and thought she was fat, took a turn when I rephrased her struggle as – “If you are so occupied in being fat, there are only two things you can be – thin or fat! This has defined your being.”

The very struggles we want an escape from, become defining experiences in our lives and our personalities are formed around them, often even our most creative aspects.

Unknown to us, therefore, it is difficult to give them up. It is a paradox; the prison becomes a home, a familiar space. Hence moving on, moving ahead is forever a laboured process which necessarily requires some acknowledgement of the loss, some feelings of anger, and a major getting in touch with who we are. Yet, we try to deny and avoid that inevitable pain that accompanies our unique life situation and there is a constant attempt to flee from ourselves.

We get stuck in locating our self in the world of others – stuck in having to choose and pick one, or few, from the infinite possibilities of being.

The inherent conflict in being a human is to discover and find a mind and self that one can call as one’s own, and yet the choice is not a choice. It is a paradox. What we choose and how we define ourselves is always emerging in the matrix of the minds of others. Our contexts, our parents’ fantasies, friends in school, and others often confound, enrich and sometimes rob of us of what we thought we were going to be and slip us into trying to be what we were supposed to be – to be useful but never worthy in who or what we are.

People often ask therapists – “So is there no cure from suffering?” I like to say – “there is no cure from life and there is no cure for one’s-self.” In trying to find a cure, rather than tolerance, people often end up multiplying their suffering and also of those around them. Therapy, as I see it, helps to develop that tolerance for self-awareness, for being able to bear one’s difficult feelings and not let them be the only things that inform our sense of self, such that we become open for more. Alive for more. Therapy readies one to explore this more-ness of life.

Working with patients, and myself, has taught me that much of psychic work and growth requires an engagement with the struggles, an appreciation of where one is at the moment and how one has come to be there through the course of one’s life.

The possibility of saying hello time and again to our forgotten parts – those which we desperately wish to forget – is as much important as it is to say goodbye to them.

A patient at the end of a one year long work said to me – “I now feel that a permanent shed is created in me for my unwanted parts”. You don’t then need to mobilize immense psychic energy to put it away and to hide from it, and in effect keep creating and re-creating it in fear. A tolerance for such unwanted parts comes from a certain kindness and nurturance towards oneself that one inculcates in the process of developing an appreciation for why they seem so unwanted in the first place.

Where I have found hope is in understanding that to be stuck is not only to be unable to separate but to be stuck is also to be a silent rebel against being forced to jettison what is also a part of me.

It is a fight to not let go of what I feel forced to give up. Because we don’t want to give up. Giving up is a loss.

We must negotiate the parting, such that we can meet such parts afresh. It is also here, however, that we find endless possibilities of creativity in how different people create a harmony in their being amongst and from this chaos of being a human.

Therapy isn’t always about guidance or getting rid of our ‘bad’ parts, but rather saying hello to them, and integrating them as just another part of us, with equal potential as those parts we’ve grown to love more.Therapy attempts to bring to light the split parts which get located in the other, and to relocate them back into oneself – to come to nurture them, love them, to be tolerant of them and to own them so that one makes some choices by factoring ‘in’ oneself rather than factoring ‘out’ the areas of gray.

This is all in service to ourselves, so we can exist as true despite the false. 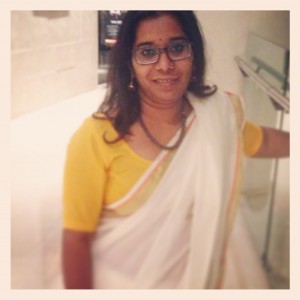 I am a psychodynamically oriented psychotherapist. Having finished my 3yr MPhil from Ambedkar University Delhi in Psychotherapy and Clinical Thinking, I am currently working at Centre for Equity Studies with homeless adults. Stories of human complexity boggle and excite my mind. My research interests are around gendered ways of relating, masculinities and work in the community set up in the area of mental health involving making psychotherapy an easily accessible thing in the community.

Professionals Speak
byAuthor Nivida Chandra, Shama ShahPosted on August 28, 2015August 28, 2015
In the three years of my practice as a clinical psychologist, I have come across several clients who walk in confident of having made...

Professionals Speak
byAuthor Dr Sucheta Tiwari, Editorial StaffPosted on November 13, 2018February 19, 2021
This is the fifth and final segment in our journey to understand psychiatry with Dr Sucheta Tiwari. In this article, we will examine the...

Professionals Speak
byAuthor Shama ShahPosted on September 29, 2015December 14, 2020
Almost a year ago, Ali* had walked in with his elder brother looking a little nervous, with a hint of guilt in his expressions....